August. Half of 2011 is gone. Where did it go? It seems like just yesterday I was still rejoicing for the new year… planning on a lot of new beginnings that came with 2011. Okay, I must admit the year did not go so bad, so far!

Slowly integrated myself into the new company that I joined. Learned their terms and ways… how the system works, etc. I still mistakes, hey, I’m just human… but overall I do believe that I am doing well there.

I could also start and finish the projects that I planned. At least most of it has been accomplished. There are still some loose ends that needs to be finalized, but basically I’m still on schedule. I’m being vague here I know, but I can’t really discuss it here openly.

Met new friends, kept old ones, some though I had to let go… but it’s probably for the better. After all, one can only please oneself. I do believe a person cannot serve two masters at the same time. I do cherish the lessons I learned from those people who I came in contact with but had to let go. I appreciate the good and the bad things that came with the so-called “friendship” that was offered.

On another light, my point and shoot camera died on me just last month. I thought I could still get it fixed, but when I saw the receipt of the cam, I noticed that the guarantee expired last year. Plus, as I bought it when it was on sale, I can imagine that the repair costs would probably be almost the same as buying a new point and shoot camera. So I decided to get a new one instead. But this time, I must insist I do want a more high-tech one. So, that’s another project for me. So far, I have my heart set on two cams. The thing is I want to use the camera not just as a camera but also as a video recorder/camcorder. Like hitting two birds with one stone, right?

So I checked out online what other options I have. A LOT!!! I found like tons of them, hehehe. But I have my heart set on these two: 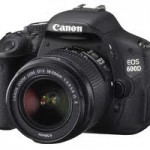 The thing is, both items costs three times my budget, ha ha ha! Tja, Anyway, I still have like till the end of November to decide and save. I am considering this project as a birthday and Christmas gift for myself. I guess, that should be fair enough, he he he. 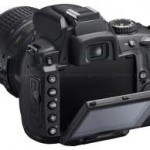 This entry was posted in Gadgets, Personal musings. Bookmark the permalink.