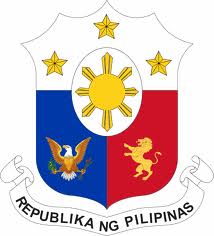 It has been announced that the Phil. General Consulate in Frankfurt am Main will close for good at the end of July 2012. However, Filipinos here in Germany can still contact/visit either the Philippine embassy in Berlin or through their website Philippine Embassy Berlin.

The General Consulate in Frankfurt am Main was established during the time of ex-President Gloria Macapagal-Arroyo in June 2008. Consequently, the Bonn extension office and the Consulate General in Hamburg was closed down. Repectively, the jurisdiction of the honorary Consulate General in Stuttgart was redefined.

History of the Consulate General

Preparations and administrative formalities followed and the Consulate General officially opened its doors to the public on 02 March 2009 at a temporary office on Friedrichstrasse 10-12, in the Westend district of Frankfurt am Main. A few months later, on August 15, 2010 the Consulate General transferred to its definitive office on Mainzer Landstrasse 15-17 at the heart of Frankfurt’s banking district.

Apparently, it is getting more expensive for the Government to maintain the General Consulate here in Frankfurt, hence the closure. Of course the Filipino community here in Frankfurt and its neighboring cities are against the closure. It would mean that they would have to travel extra to Berlin to have their documentation requests processed. It would take more time investment to have a passport renewed in example, etc.

So, as a reaction to the said closure,  the Filipinos are united is voicing out their wish against the said closure. A petition letter addressed to President Noy (pls. click on the PDF files below.) has been circulating around Frankfurt.

But is this really going to keep the government from closing down the Gen. Consulate? Yes, we can voice out our ideas as to why we are against the closure, but would the government listen or even consider our cries? That I am pessimistic about.

Come to think of it, do we really need them here? If you check out the services they offer to the Filipinos here in Frankfurt area and its vicinity, well, those can actually be processed per post or electronically, so why bother? Why waste tax payers money on the enormous rent and maintenance fees for the (whole entourage) foreign service staff working at the Consulate?

In my humble opinion, the consulate did not really do much for the Filipinos here anyway. Because, honestly, those who are documented have basically very minimal need for the consulate. If they need help, as a documented person, one can go to the local social welfare or local government for help. But NOT the undocumented ones. Definitely not! for the undocumented ones who need their help most. The best thing that they can do to those undocumented Filipinos is issue a travel document for them so that they can be deported ASAP. And of course we should not forget the ever ready reply: “We are bound by the local law. We cannot do anything about the detained undocumented person/s except shorten their suffering at the detention facility.”  AMEN!

With these in my mind and heart, I’d like to note the President’s “motto” at his Inaugural speech: “Kayo ang Boss ko” .

If we are indeed, is there a chance that our cries against the closure of the Consulate General be heard?

…If indeed the closure would not push through, because for some reason, the cries are heard: what can the consulate promise for us Filipinos here in Hessen and neighboring areas  to do aside from the clerical jobs that they are very much willing to help us with?

Yes, I know, that’ having the cake and eating it too, but hey, I’m only human. I prefer having the best of both worlds…that is if  I can of course!

This entry was posted in Personal musings. Bookmark the permalink.